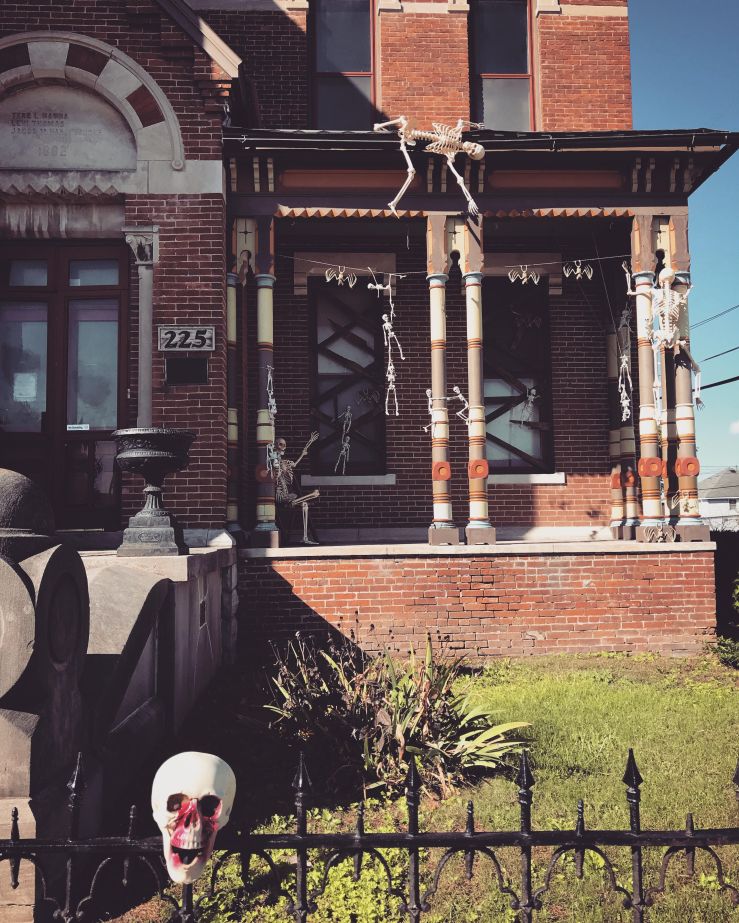 I recently had the chance to finally visit the Rotary Jail Museum in Crawfordsville, Indiana. The jail is the first rotating jail built in the United States and the only one that still turns. In the 19th Century, rotary jails popped up across the Midwestern United States. Jail cells shaped like wedges rotated on a platform, like a carousel, using a hand crank. Spinning the jail around allowed you to access single cells at a time through one

opening. The design was initially created by William H. Brown of Indianapolis’s  Haugh, Ketcham & Co., and the intention was “to produce a jail in which prisoners can be controlled without the necessity of personal contact between them and the jailer or guard” (Source). Rotary jails eventually closed (the last one remained in use until 1969) as the spinning mechanism caught limbs (and in one case, a head), breaking and crushing them.

The Rotary Jail Museum in Crawfordsville houses a two-story model attached to the once living quarters of the Sheriff and his family. The very informative–and excellent tour–is only $5 and one hour. I was also lucky enough to visit the museum after their Haunted Jail event, which explained the fake blood and skeletons!

This small Midwest museum is definitely worth the stop. Maybe you might see the ghost of John Coffee.

The Execution of John Coffee

In January of 1885, the beaten and burned bodies of James and Elizabeth McMullen were found in their home near Elmdale, Indiana (Montgomery County). John Coffee, 23 years old, was arrested for their murders. He confessed three separate times, went to trial, and was found guilty.* Coffee was sentenced to death by hanging.

This was the first public execution for Crawfordsville, Indiana. A scaffold was constructed and tested several times with a 150-pound sand bag. About 200 people purchased tickets to witness the hanging in the jail’s courtyard. On October 15, 1885, Coffee’s hanging and a horrific scene took placed. It took three attempts to hang Coffee; the rope broke the first two times. An article in the New York Times (October 17, 1885) describes the event (warning: graphic detail).

When the drop fell the rope broke and the body dropped to the ground. The neck was not broken, but blood oozed from the condemned man’s ears. He was carried up on the scaffold, and while the rope was being readjusted he recovered consciousness and begged to have the cap taken off that he might make another speech. This request was refused. When the drop again fell the rope broke a second time, but the body was caught before it fell to the ground. It was lifted up and held in the arms of the Deputy Sheriff while the rope was fixed the third time. When the drop fell again the rope held and Coffee strangled to death for 12 minutes. The spectacle was sickening.

The hanging was an embarrassment for Montgomery County. Prisoners in the jail pleaded to have the scaffold torn down, as they could see the threatening mechanism through the jail windows (Indiana Historical Bureau)†. The people of Crawfordsville would be haunted, both figuratively and literally, by the ghost of John Coffee.

The Ghost of John Coffee

Shortly after the execution, people began to see the ghost of John Coffee. Firstly, his ghost was seen near Elmdale (location of the murder) “prowling around.” One night, the ghost of John Coffee stopped a farmer as he needed a ride (vehicle not mentioned). He rode with the farmer about three miles, until the reached the ruins of the McMullen household. The ghost “hopped out and bounded away with the speed of a jack rabbit (Newport Hoosier State, October 28, 1885).

Apparently the ghost of John Coffee likes taking rides, because he reportedly hopped on a train, too. As the story goes, a train conductor named Dick Tracy saw the ghost of Coffee with a noose around his bloody neck. Tracy and brakeman were in the caboose, just leaving Crawfordsville. Coffee jumped on the front end and Tracy quickly locked the car’s door. Coffee then jumped on top of the roof and came through the cupola, finally taking a seat on the train. He rode the train for about thirty miles, while Tracy and the brakeman watched in fear. He eventually jumped off the train and quickly disappeared. Tracy decided that was his last ride (Jefferson Daily Evening News, November 11, 1885).

People still believe John Coffee haunts the Rotary Jail as every October the museum’s security systems indicate movement inside the jail and house at night (Indiana Historical Bureau). Allegedly, the Sheriff who decided not to pursue other accomplices in the Coffee case haunts the building.

I visited on the 17th of October; I must have missed Coffee and the Sheriff. 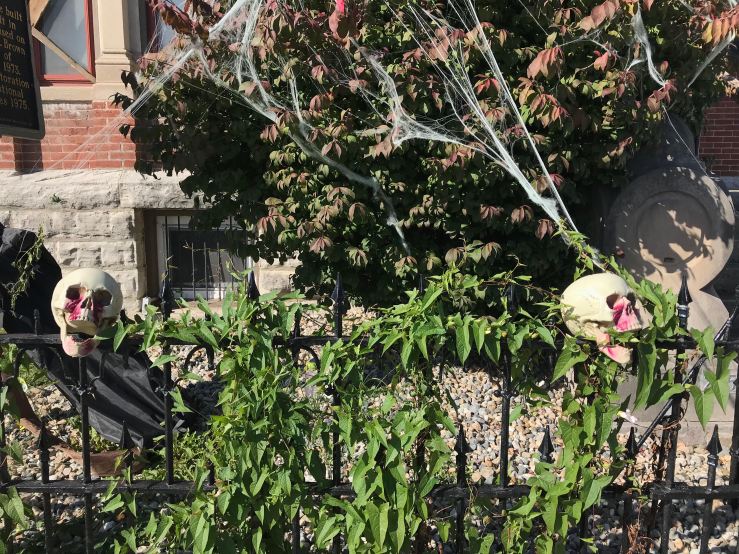 *The tour guides mentioned that some believed John Coffee was innocent and/or worked with an accomplice(s). No one else was ever punished for the crime.

†The scaffold was used again.  I found one source saying it was used six months later for the hanging of John C. Henning.

A tour guide pointed out some similarities between this John Coffee and the John Coffey from Stephen King’s The Green Mile. The guide said King never heard of Crawfordsville, but The New York Times article (see above) never mentioned the city. So maybe King forgot he was inspired by a real life event? Hmmmmm.

“‘The Last Vestige of the Gloomy Structure’ Public Displays of Hangings in Indiana.” The History Engine.

3 thoughts on ““The Spectacle Was Sickening”: The Rotary Jail and the Thrice Hanged Ghost”