This series explores the paranormal basics: key terms, categories, theories, and schools of thought. This will prepare you to be an intellectual ghostbuster. 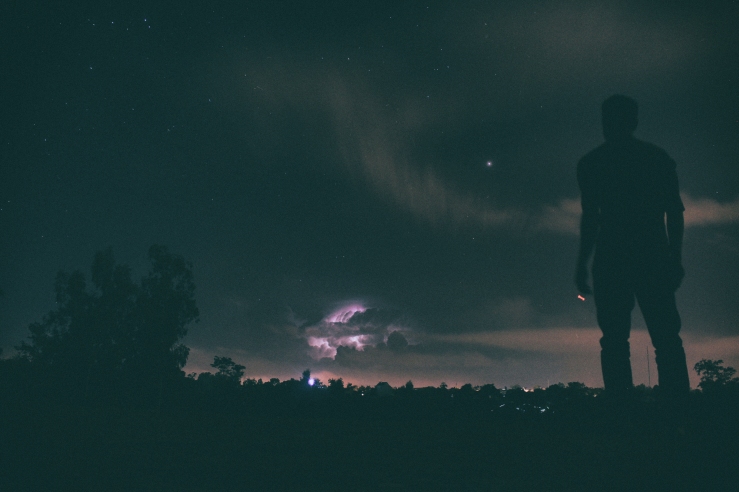 What is a Ghost Light?

Ghost Light: a mysterious ball (or irregular shape) of light with no natural explanation that often appears at night in remote locations. Ghost lights usually come in yellow or white, but can be red, blue, or orange.

According to the Ghost Research Society (via Rosemary Ellen Guiley), ghost lights have 5 characteristics:

(The Encyclopedia of Ghosts and Spirits, page 138)

There are several examples of ghost lights in folklore.

Aarnivalkea (Finish folklore): a light that appears over the location of buried faerie gold.

Aleya (West Bengal & Bangladesh): A ghost light that appears over marshes that causes fishermen to lose their bearings, sometimes leading to drownings.

Hitodama (Japan): “Hitodama are the visible souls of humans which have detached from their host bodies. They appear as red, orange, or blue-white orbs, and the float about slowly not too far from the ground […] On warm summer nights, these strange glowing orbs can be seen floating around graveyards, funeral parlors, or the houses where people have recently died. Most often they are only seen just before or just after the moment of death, when the soul leaves the body to return to the ether” (Yokai.com).

Onibi (Japan): “One of the more dangerous types of hi no tama yokai, onibi is a beautiful but deadly phenomenon. Its name means ‘demon fire,’ and it certainly earns that moniker. It look likes a small ball of flame, usually blue or blue-white (red and yellow onibi are less common), and often appears in small groups of twenty to thirty orbs. The orbs can range in size from three to thirty centimeters, and usually float around at eye-level. They appear most often during the spring and summer months, and particularly on rainy days. They appear more frequently in places that are surrounded by nature” (Yokai.com).

Will-o’-the-wisp (English and European folklore): “or ignis fatuus (/ˌɪɡnᵻs ˈfætʃuːəs/; Medieval Latin: ‘foolish fire’) is an atmospheric ghost light seen by travellers at night, especially over bogs, swamps or marshes. It resembles a flickering lamp and is said to recede if approached, drawing travellers from the safe paths. The phenomenon is known by a variety of names, including jack-o’-lantern, friar’s lantern, hinkypunk, and hobby lantern […]” (Wikipedia).

So many other interesting folklore examples of ghost lights from all over the world can be found here.

Click here for famous ghost lights seen all over the world.

What About That Other Ghost Light?

These ghost lights are not to be confused with the ghost lights in theatre. Ghost Light can also refer to the single illuminated light left onstage in a theatre after everyone has gone home. There are two reasons for this light. The first reason is more practical: to provide light in a dark theatre so no one falls into the orchestra pit. The second reason is more paranormal. It is believed that every threatre has a ghost. The ghost light keeps the ghost from being mischievous when everyone is away.

You can learn more here: “The Story Behind the Ritual that Still Haunts Broadway,” Atlas Obscura.

3 thoughts on “A Repository of Paranormal Knowledge: Ghost Lights”