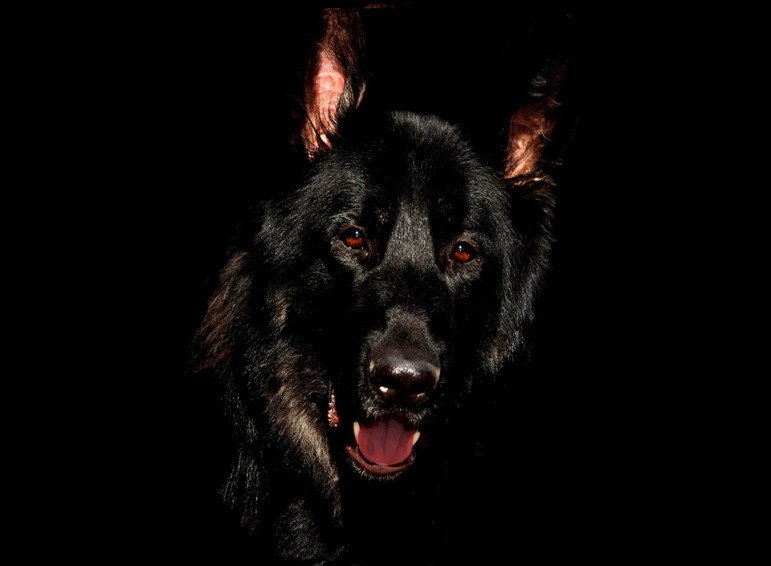 One of my majors in undergrad was Greek Mythology, so I’ve always been aware of Cerberus or the Hound of Hades. This multi-headed dog guarded the gates of the Underworld, making sure the dead remained. I, a fan of the show Supernatural, was also introduced to Hellhounds, dogs that drag their victims to hell. I thought, “Dogs and death…I got this!” But, shortly after beginning my research, I realized I bit off more MilkBone than I could chew.

Spectral black dogs in folklore (often called Hellhounds) are most common in the British Isles, but appear in various forms and are seen in other cultures. They are often described as being rather large (the size of a calf) and having bright, shining eyes (sometimes red). They are also commonly noted for their sly quietness: you cannot hear their footsteps and they leave no footprints. They may be seen in graveyards, at crossroads, places of execution, or during electrical storms. Black dogs serve as guardians of the supernatural, colleagues of the devil, and/or omens of death.

The Black Dog of Hanging Hills (Connecticut, USA): This small dog is friendly, but one you’d only want to meet once. Seeing this dog once results in joy. Twice, is a warning. And third, is a death omen. According to Wikipedia, this phantom dog has been around for quite some time:

One of the earliest accounts of the dog was published in the Connecticut Quarterly, (April–June, 1898), by New York geologist W.H.C. Pynchon. According to Pynchon, in February 1891 he and geologist Herbert Marshall of the USGS were conducting geologic research in the Hanging Hills when they saw the dog. Pynchon had seen the dog once before. Marshall, who had seen the dog twice, scoffed at the legend. Shortly after the two of them saw the dog, Marshall slipped on the ice atop one of the cliffs and plunged to his death. His body was recovered by authorities. Reports of the Black Dog continue to circulate today.

The Black Dog of Newgate Prison (London, England): A black dog appeared before executions for over 400 years at this past London prison. According to legend, a scholar was brought to this jail in 1596 on allegations of witchcraft. Before given a fair trial, he was killed and eaten by starving prisoners. Shortly after the dog appeared. Could it be him?

Black Poodle (Germany): According to German superstition, black poodles lurk near the graves of disgraced members of the clergy “as evidence of their failure to live up to their calling during their lifetime.” (David Pickering, Dictionary of Superstitions)

Church Grim (Swedish and Finnish Folklore): The Church (or Kirk) Grim is attached to a particular church and oversees the welfare of the churchyard. They might also appear in forms of other animals, though dog is most common. They are the spirits of those first buried in a church’s cemetery. Oftentimes a dog was sacrificed and buried when building a new church and accompanying cemetery, so that he could serve as a Grim in the afterlife (instead of a human soul).

Wisht Hounds (Dartmoor, Devon, England): This version of the supernatural black dog is attached to Whitman’s Wood and the surrounding vicinity in Dartmoor in Devon, England. This headless dog roams the moors with his master, Odin (who carries a hunting horn or pole). Sometimes the master is said to be the Devil or Sir Francis Drake. This dog chases the souls of unbaptized children or, as other legends say, he is himself the soul of an unbaptized child who has returned to earth to hunt down his parents. Seeing one means you might die within a year. If you happen to see one, immediately lie face down with your arms and legs crossed, and repeat the Lord’s Prayer until he leaves.

Gallytrot/Galley-Trot (Suffolk): This dog is actually described as being shaggy and white. It will silently show up to harass travelers.

Gytrash (Northern England): This dog haunts desolate roads, waiting for travelers. He can either help travelers safely reach their destination or lead them astray.  It sometimes appears as a mule or horse.

Huay Chivo and Huay Pek (Mexico): Associated with the Chupacabra, this mythical creature is half-man and half-beast. A talented sorcerer, he can change into different animals, including a dog. He can also take the shape of a goat so to torment and slaughter other livestock.

Moddey Dhoo (Isle of Man): During the 17th Century, Peel Castle on the Isle of Man was garrisoned by soldiers. Every night, a black shaggy dog would appear from a dark passage and would silently lie near the hearth. Before daybreak, he would get up and disappear down the passage. Even though the dog initially frightened the night guards, they let the dog be. One night, a drunk guard walked into the room and challenged the dog to follow him. He bragged he wasn’t afraid of the dog. The dog stood up and followed the man. Shortly after a deathly moment of silence, the guards heard blood curdling screams. The drunk guard reappeared, pale and shocked. Three days later, that guard died. Although this legend says that the dog was never seen again, there have been modern sightings.

Luison (Paraguay and Argentina):  In Guaraní mythology, Luison is the last child of the evil spirit Tau (who had kidnapped and raped his mother, Kerana). Luison looks horrendous and inhuman, and smells of decay. Said to be the Lord of Death, Luison frequents graveyards and burial grounds. If he passes through your legs, you will become a Luison also. Over the years, Luison was translated into a werewolf. Like traditional werewolf myths, Luison will bite his victims and turn them into werewolves.

Snarly Yow (Maryland): The Snarly Yow is a giant black dog seen on South Mountain. It has been reported that his coat can turn from white to black. Other witnesses say he is a white headless dog, dragging a chain behind him. He is not considered a death omen, luckily. More eyewitness accounts here.

The Black Dog of Valle Crucis (North Carolina): This extremely fast demon dog will chase cars, keeping up with them at fast speeds. If you drive past an old stone cemetery high in the mountains, the black dog will appear from behind a gravestone and chase after you. The dog has yellow teeth and glowing eyes.

James B. Barnes, “5 Terrifying Stories And Lore About The Legendary “Black Dogs” To Haunt Your Walks Home,” Thought Catalog

Rosemary Ellen Guiley, The Encyclopedia of Ghosts and Spirits

“The Myth of the Moddey Dhoo,” IsleofMan.com