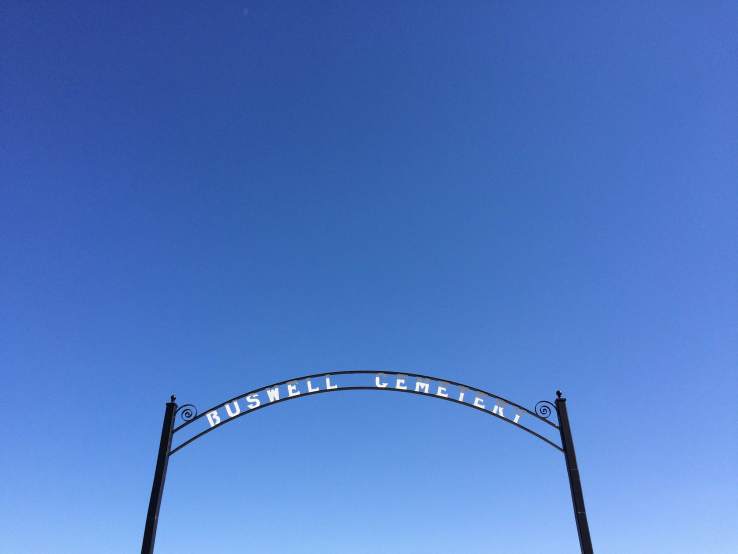 When I was told I had to drive to Schererville, IN for work, I began looking for cemeteries along US 52 and 41. I  chose two cemeteries based on two specific memorials I wanted to see. Two memorials with tragic stories. Though, I was also surprised to find a third memorial that brought me to tears.

Buswell Cemtery is surrounded by corn fields, and corn cobs cover the dirt road going up to the cemetery. While there was the usual damage seen in old cemeteries, it was in great condition. 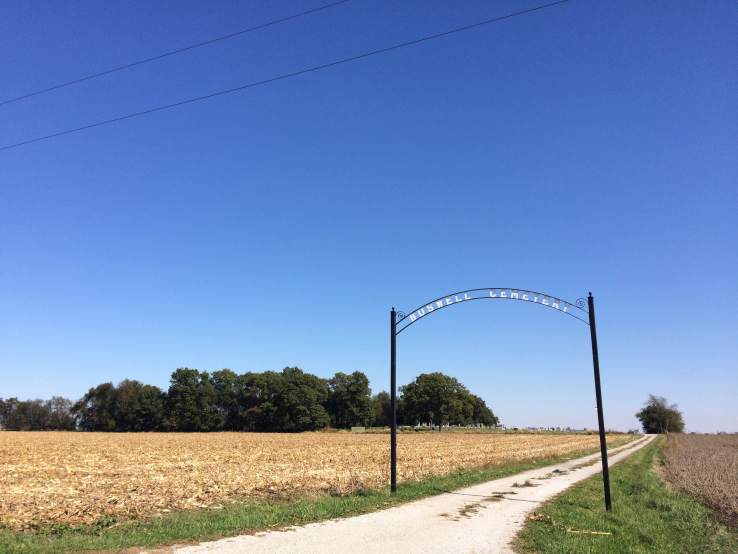 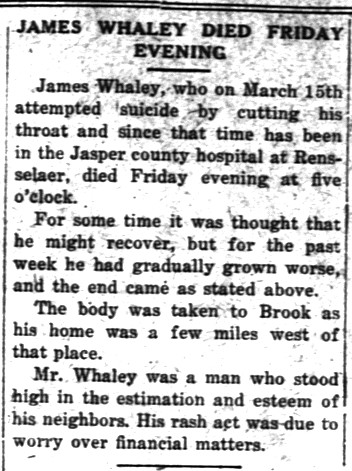 He is surrounded by his wife, children, siblings, and parents in Buswell. I thought about the loss of James and also those affected by his death…those who are now buried next to him. 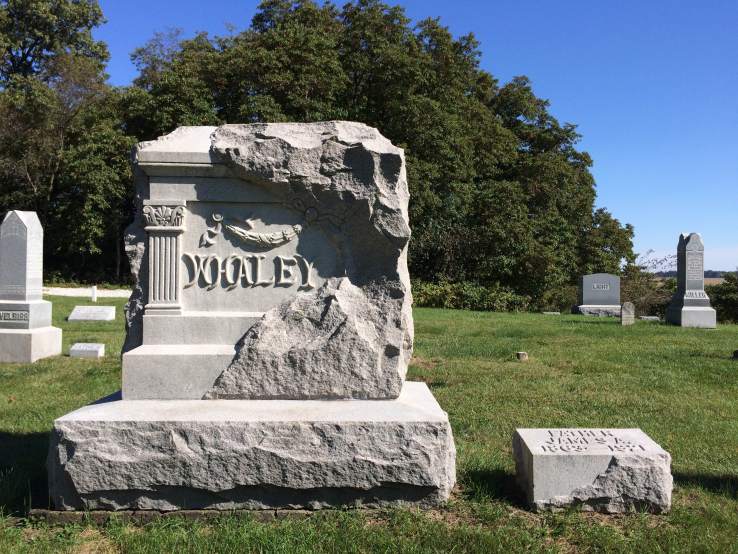 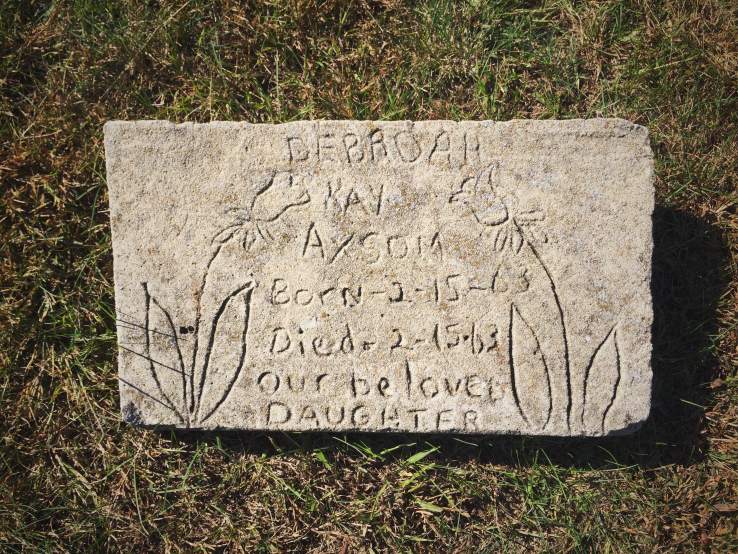 Justus Cemetery is next to a golf course in Oxford, IN. When driving through Oxford, you cannot miss their love for their award-winning race horse, Dan Patch. There are streets named after him. His name is written in large letters on a barn roof. He is even buried there. But another day, Dan Patch. 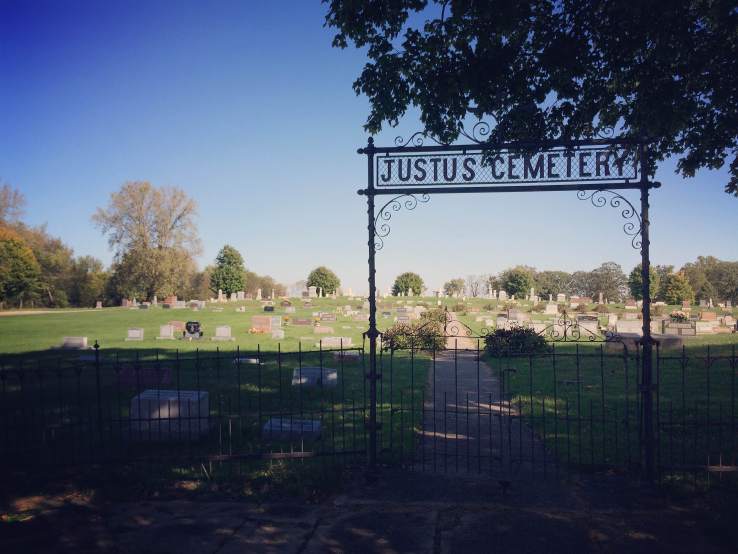 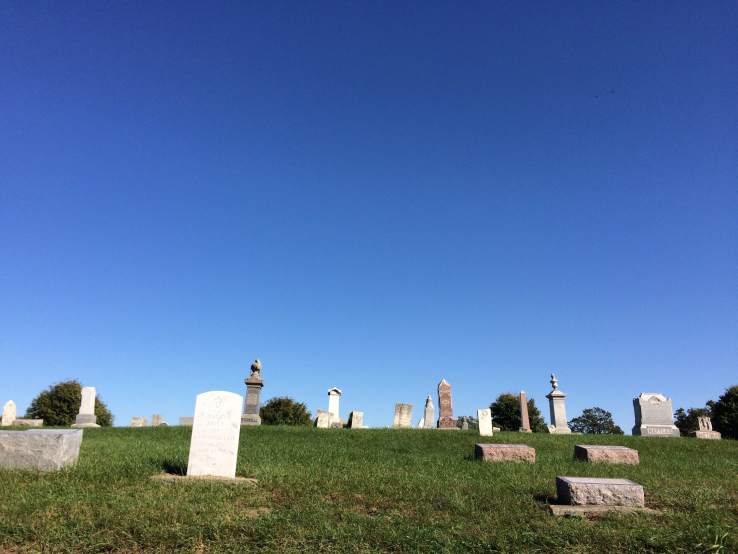 When I was on my Find A Grave app, I came across another obituary. Two young boys drowned trying to save a young girl in a gravel pit in Benton County. While I was unable to find the grave for Marvin Mounce, I was able to find Carol Albertson’s (1924-1938). I was moved by these young boys who attempted to save a young girl (she survived), not knowing how to swim themselves. I wanted to pay my respects to these small town heroes. 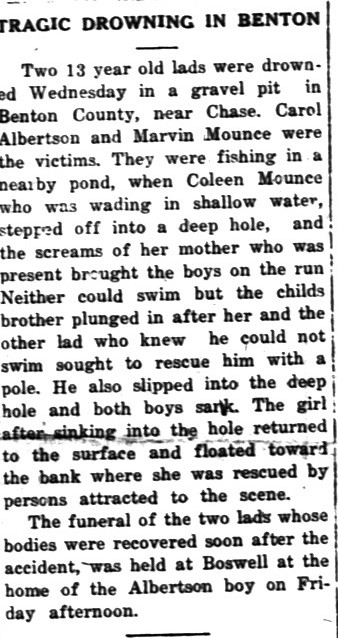 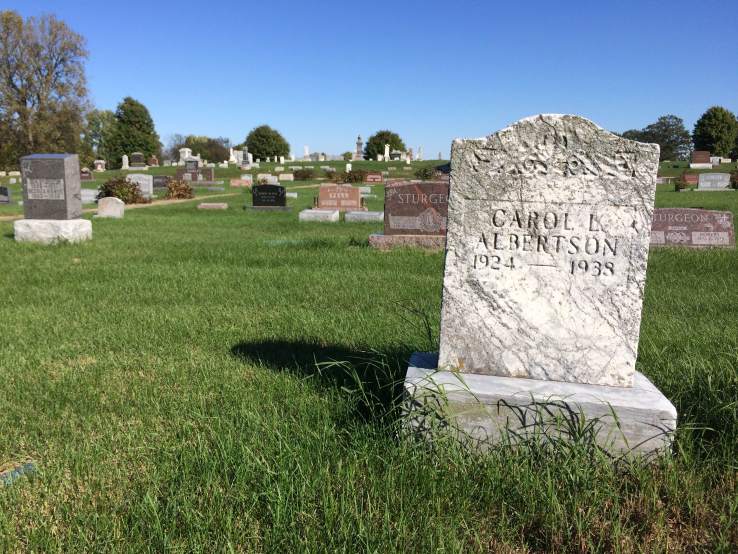 When possible, I try to find information on the people behind these stone memorials. People are more than the stones that mark their burial plots.

According to the following site, Justus Cemetery has some local lore attached to it. The following italicized text is from the site.

In the tiny town of Oxford, Indiana, not far from Indianapolis, lays one of the most notorious cemeteries in the Hoosier state, known as Justus Cemetery. This ominous burial ground is home to its very own ghost, making it one of the most widely visited haunted places in Indiana.

This spine-tingling tale begins with the Oxford water tower. One dark, stormy evening many years ago a train chugged its normal path along the Chicago and Eastern Illinois Railroad. The pale, fat moon was obscured by full gray clouds, and not a soul dared to venture out on such a windy, wet night.

Crew members reluctantly emerged from the warmth of the train to gather water from the tower. One by one, they stopped, horrified to hear a deep, echoing moan rising from the tower. The train’s passengers heard the mournful sound as well, and were frozen in their seats in fear.

The passengers’ horror, as well as that of the crew members, reached new heights when the sound was suddenly accompanied by a horrifying sight-that of a glowing white figure. The ghastly apparition appeared through the sheets of rain to drift toward the train and its stunned occupants. Still moaning, the figure was headed straight for them.

Amid panicked screams from their passengers, the crew began working at a frantic pace to finish their task at the water tower. And then, as abruptly as it had appeared, the spirit vanished. It dove into an open grave, to the intense relief of all who watched it go.

That fateful night wasn’t the only time the Justus Cemetery ghost made a surprise appearance. Just a few nights later, the same crew-minus a few who refused to return to the water tower ever again-felt the wrath the restless spirit once more. The duties at the water tower had been completed, and the train was ready to head to its next destination. As the engine roared to life and the train should have began to chug along the tracks, the crew made a horrifying realization-the train wasn’t going anywhere.

The wheels spun desperately, but the train appeared to be gripped in some sort of deathly hold. Finally, the panicked crew felt the train break free and begin to move along the tracks. However, the men banded together and vowed to never return to the town of Oxford on their nightly trips.

Is it really a ghost, or just a long-running youthful prank?

A detective was hired by the Railroad to investigate the ghost of Justus Cemetery.

The detective observed a group of high-school age boys tiptoeing into the area, carrying a billowing white sheet. Within seconds, their secret was discovered-they had attached the sheet to a wire and dangled it from the water tower, and had even coated the train tracks with soap to make the train stick when it tried to move. However, most of the crew who witnessed the power of the Justus Cemetery ghost swore it wasn’t a prank. To this day, many in the town of Oxford believe the water tower is haunted.