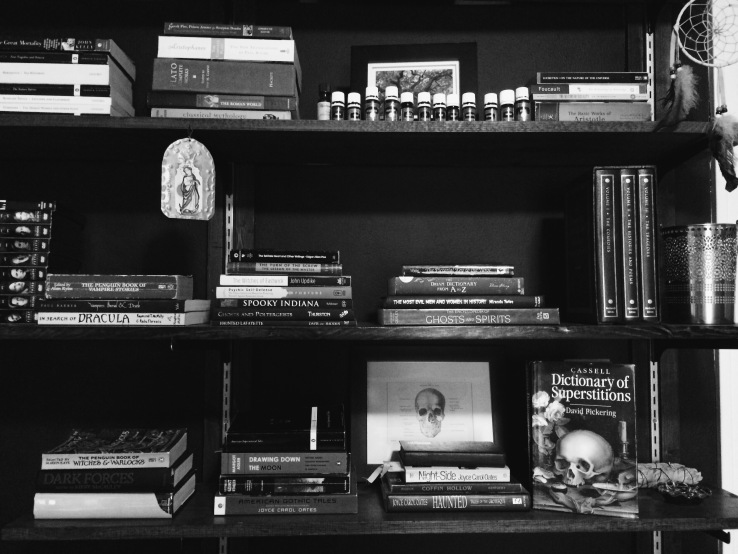 Today, I am continuing with my notes on David Pickering’s Cassell Dictionary of Superstitions. Last time, I shared notes on general supernatural superstitions. This time, I’m focusing on animals. As Pickering writes, “Innumerable species  of animal are credited with supernatural powers, including the ability to seethe future and kingship with the spirit world.” “Belief in the magical nature of the animal world,” Pickering writes, “was once much stronger than it is now, and in many cultures animals were considered almost the equal of humans” (p.7). Below are some of the more interesting notes I found while reading this book.

Bear (p. 25): “According to popular superstition, bears obtained their sustenance by sucking on their own paws, and literally licked their newborn cubs into a bear shape when first delivered.”

Dolphin (p. 85): Dolphins change color when death is near.

Donkey (p. 86): “[…] it is claimed that plucking three hairs from a donkey’s shoulders and placing the in black silk or muslin bag worn around the neck of a person suffering from measles or whooping cough – which sounds not unlike the braying of an ass – is certain to cure the disease, as long as the animal is the opposite sex to the patient.”

Duck (p.89): Ducks that flap their wings while swimming are warning us of approaching rain.

Eel (p. 93): “It was once said that witches and sorcerers clad themselves in jackets made of eelskin in the belief that these were impervious to gunfire.”

Fox (p. 110): In Scotland farmers nailed the head of foxes to the barn door to scare off witches.

Muskrat (p. 183): “The [American] Indians believe that the construction of the muskrat’s home can reveal much about the coming season’s weather. If the muskrat builds its home well clear of the water, heavy rains are due, but it constructs a house with thin walls the winters will be mild.”

Pig (p. 204): “According to the Irish, children suffering from mumps and other ailments should rub their heads on a pig’s back so that the disease will be transferred to the animal.”

Sheep (p. 225): “Consuming a little sheep dung in water will relieve both jaundice and whooping cough.”