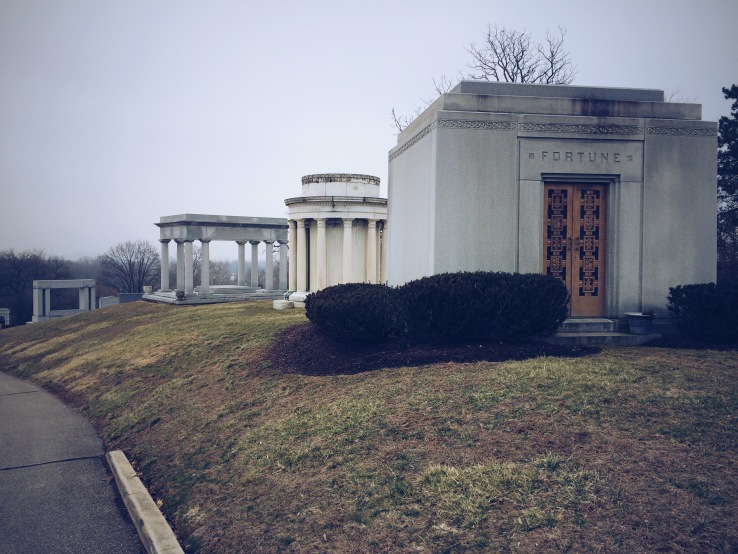 You know you are odd when a foggy Saturday morning excites you, because it’s the perfect atmosphere for exploring a cemetery. Lucky for me, I had planned a trip to Crown Hill Cemetery in Indianapolis, IN. This cemetery is 555 acres of beautiful memorials (200,000 graves) and interesting history. Notable persons buried in this cemetery include James Whitcomb Riley (poet) and Benjamin Harrison (23rd US president). On this visit, I wanted to focus on those forgotten. 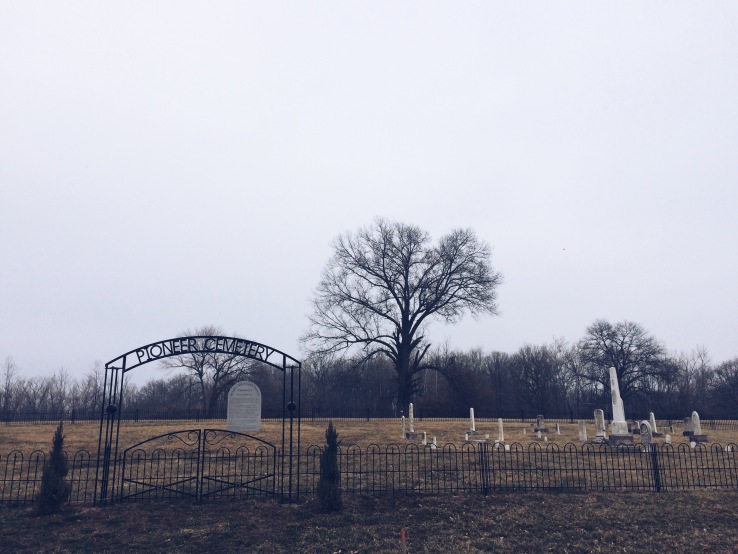 The Pioneer Cemetery (part of Crown Hill) is appropriately surrounded by a black metal fence and is located away from the main cemetery. This cemetery is home to three cemeteries that were relocated after their closure. According to a handout provided by Crown Hill:

The first pioneers buried at Crown Hill were originally buried in Greenlawn Cemetery, also known as the City Cemetery, following its establishment in 1821. After Greenlawn Cemetery became full city leaders responded to the need for another cemetery and established Crown Hill in the fall of 1863. Greenlawn was later forced to relocate due to land development and 1,160 pioneers were relocated to Crown Hill from October 1912 until February 1913. Only 35 of this number were identified at the time they were brought to Crown Hill. In addition to the pioneers buried within this lot, several thousand additional burials were moved from Greenlawn to area cemeteries. Among these were 1,616 Confederate soldiers who were reburied in 1933 at the Confederate Mound, which is a National Cemetery located in Section 32 of Crown Hill. Many of those who were instrumental in the acquisition and development of Greenlawn Cemetery became the original developers of Crown Hill decades later.

In the summer of 1999 the Rhoads Cemetery, originally established in 1844 on the Westside of Indianapolis, was relocated to the Pioneer Cemetery at Crown Hill. This cemetery represents five pioneer families, comprised of twelve adults and thirty-four children, and was dedicated late October 1999.

Each cemetery has a large stone marker with the history on the front, and burial plot information on the back. The Wright-Whitesell-Gentry cemetery has individual memorials with names and dates, but the other two have less information about their pioneers (as you can see in the picture below). I appreciated how this space honored not only the deceased, but the original cemeteries. 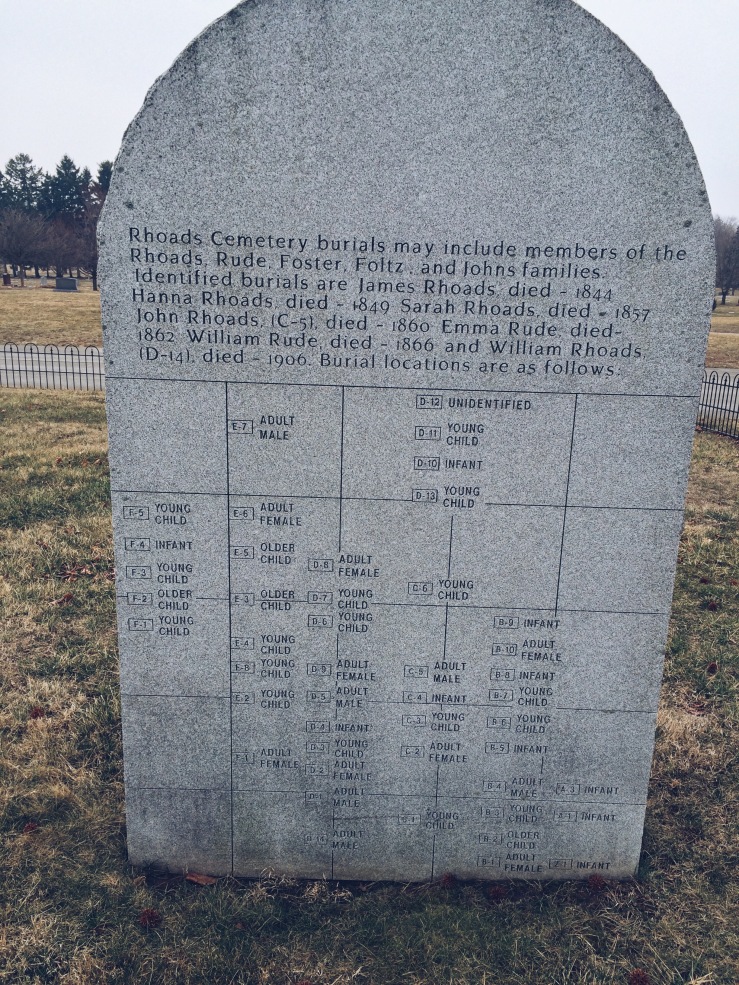 In Section 37 of Crown Hill Cemetery is a memorial for children that died while at the Indianapolis Children’s Asylum, the Children’s Guardians Home and the Asylum for Friendless Colored Children (from 1892 and 1980). This memorial sits on a mass grave of 699 children who died from disease, starvation, and neglect. These children were neglected by their parents, the community, and social services. 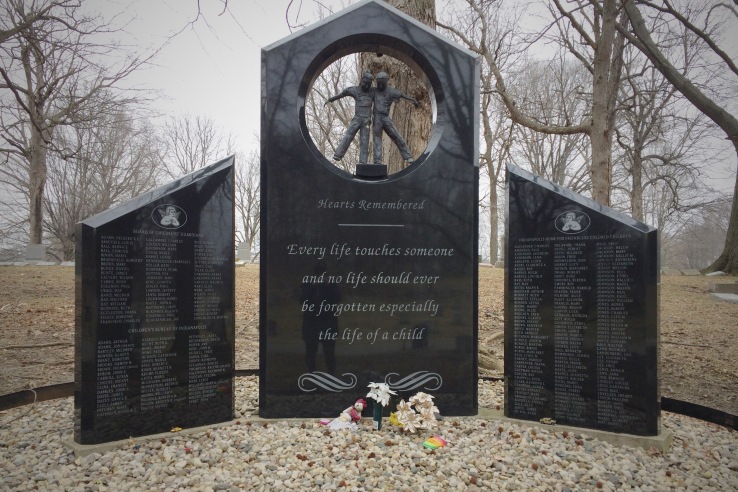 My visit to Crown Hill Cemetery was somber reminder that not all human bodies are respected and memorialized. That people are dismissed in life, and dismissed in death. 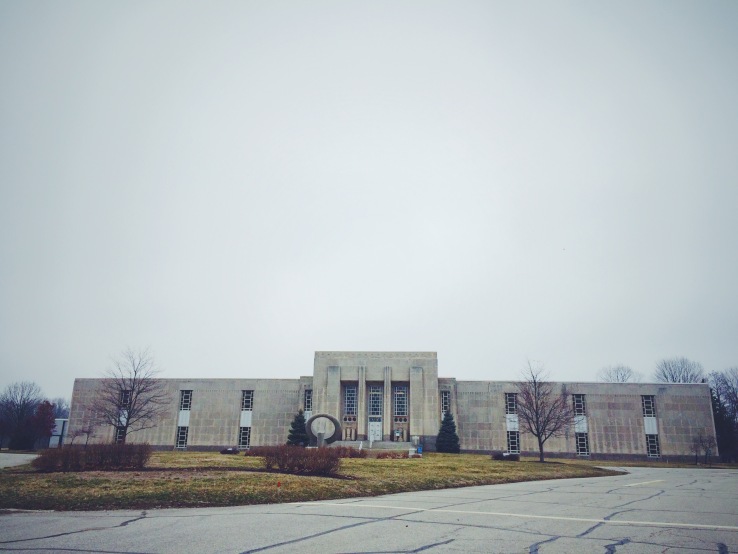 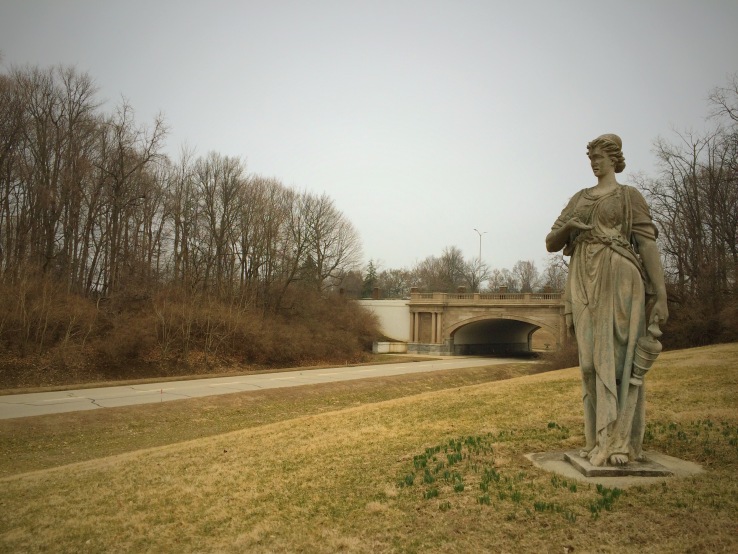 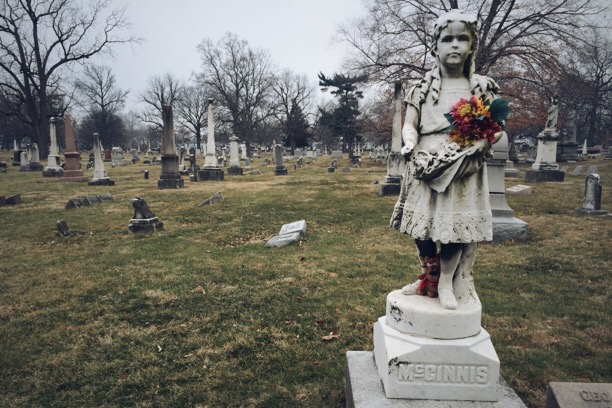